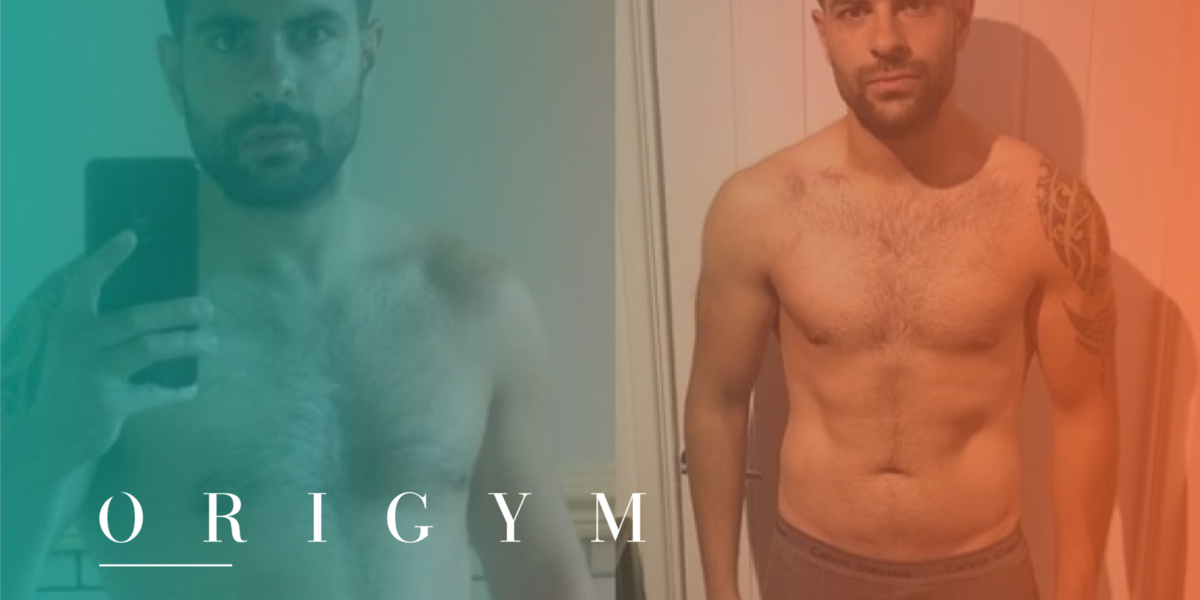 OriGym’s student and public figure Akeem Griffiths talks to OriGym about his mental health battles and how fitness helped him find positivity in life again.

Akeem Griffiths became a household name back in 2018 when he came runner-up on the last ever season of Big Brother UK. Gaining a reputation as the ‘bubbly and joyful welshman’, Akeem was notable for his positive mindset and the charisma he brought to the Channel 5 reality show.

However, this was far from his reality once the cameras stopped rolling and he returned to his home in Rhondda Valley, Wales.

Following the final episode and a challenging return to everyday life, the 28-year-old told OriGym about how the sudden spotlight brought a new wave of anxiety into his life and his mental health took a dramatic knock.

On leaving the Big Brother House, Akeem said: “When I left, you find that you go through a psychological effect; you go up and down. One moment nobody knows you and knows who you are and then the next minute everybody is talking about you, which was really overwhelming.

“So after I left the house, I went through a downfall.”

Akeem explained that though his life had undoubtedly improved for the better and the show provided him with a platform he could once only dream of, he found there wasn’t one element of both his life and character that wasn’t negatively affected by his participation in Big Brother. 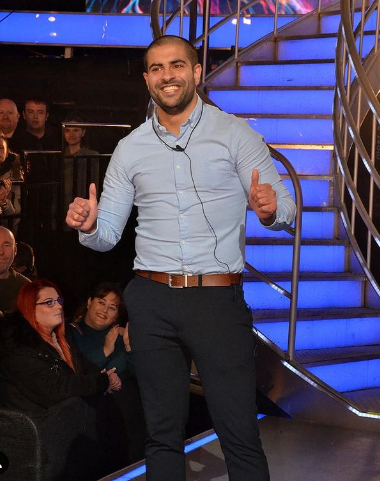 He admitted that prior to the show he was a completely different person. He travelled the world for work, would always be surrounded by friends; embodying the definition of a social butterfly, and was a "generally optimistic and happy" individual.

However, when launched back into normality, Akeem experienced overwhelming stints of depressive episodes, a consistent sense of anxiety and an uncontrollable fear of leaving his home. The reality star vividly recalls a two-week period where he found he could not physically bring himself to leave the four walls of his house. He would feel afraid to walk his dog and found everything other than sitting down to be overwhelming.

“I just didn't want to face the world,” he said

“But one day I realised life is too short, you have to get out there and take each day as it comes and that is when I started talking about it. I spoke out publicly and reached out to a mental health service. It was truly shocking to me how so many other people were going through the same thing and feeling the same way - this helped me a lot.”

During this time Akeem formed a close relationship with UK based mental health charity MIND, who he said played a significant part in his recovery. Working with the charities councillors, he was able to find the strength to overcome his internal battles and challenging thoughts and now takes every opportunity to talk openly about his experiences, in the hopes to inspire others to do the same.

While talking openly about his feelings provided a great aid for Akeem in his recovery, the primary factor he considers his saving grace during his mental health battle was fitness. Though he had always sustained a regular gym routine prior to Big Brother, he stated that through finding a genuine passion for exercise he uncovered a new motivation for life and a reason to smile, to which he continues to do every day now.

He explained: “The fitness world reinspired me and gave me a new motivation and determination to really turn the experience into a positive.

“It played a big part in reinforcing positivity into my life and I now live and breathe fitness on a daily basis.” 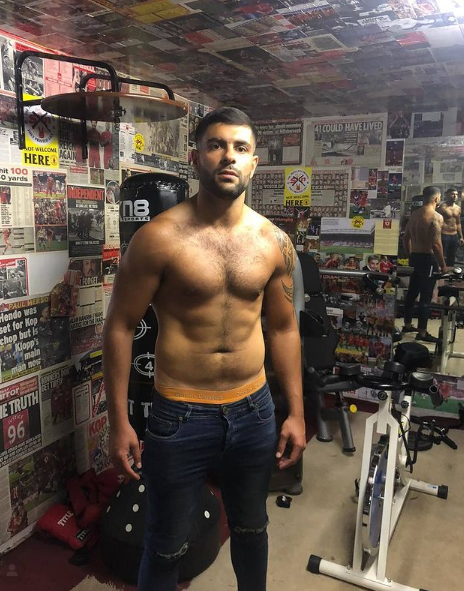 He doesn’t say that insubstantially. Once Akeem discovered the positive effects working out regularly was having on his life and mindset, he felt impulsed to take it up a notch and therefore enrolled onto OriGym’s Level 2 Gym Instructor and Level 3 Personal Training courses in a bid to become qualified in the field that changed his life during his darkest times.

He told OriGym: “My background lies in learning and development, so I’ve been used to training other people which I love doing, and I love talking to people; I love teaching people new things.

“So when it comes to fitness, when I started committing to that and I was really enjoying it, I thought ‘well if I enjoy fitness and I enjoy teaching people new skills and helping people, why not put them all together?’ and hey presto, that's where the personal training came in.”

Sitting at half way through his Level 2 Gym Instructor qualification, Akeem said: “The course is amazing - I’ll be honest, I’d be a bit further on by now but I have a lot of things that I’m doing and working on at the moment, but I’m doing my best!

“It's so straight forward and if you have any questions the tutors are great and get back to you within 48 hours. The platform itself is easy and very user-friendly, you can go back and highlight on some points and the tests are both challenging but knowledgeable.

“So for me, it's definitely one of the best ones I've ever used.”

Akeem aims to complete his Level 2 Gym Instructor and Level 3 Personal Training qualifications by the end of 2021, ahead of starting his fitness venture in 2022, though his goals surpass simply starting a career as a personal trainer. Instead, with his certifications Akeem aspires to set up his own brand that combines his mentorship, life experience and passion for fitness that can help change the lives of others.

He said: “I want to start a business that not only helps people who want to generally improve their fitness and appearance, but also people that want to work on improving their mindset, too.

“I want it to help others who are going through really difficult times in their lives and I’m currently completing other qualifications at the moment that tie into that, so that's going to be the journey for me throughout 2021 ahead of 2022.”

And his goals do not end there. Letting OriGym in on one of his most incog secrets, Akeem revealed: “A lot of people don’t know this but I can’t swim. Genuinely cannot swim.

“One of my biggest goals is to be able to complete a triathlon at the start of 2022, I have been having private adult swimming lessons,” he jokingly emphasised  on the adult, “because, believe it or not, if you want to do a triathlon, you have to ensure you can swim.” 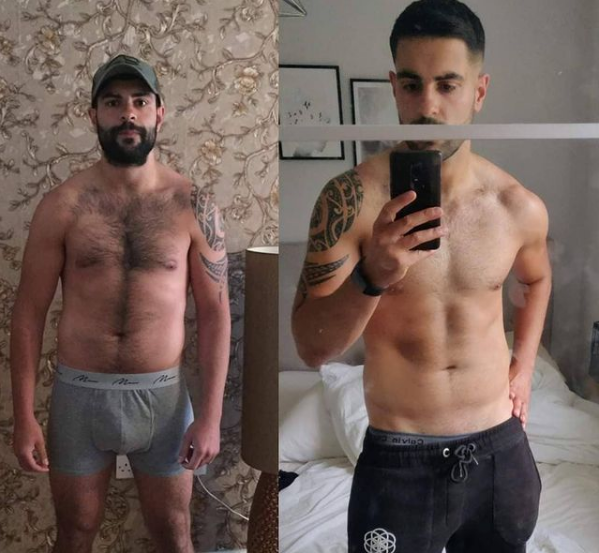 Akeem emphasised how he will always thank fitness for new determination he wakes up with every day. It has supplied him with an avenue that keeps him mentally occupied and focused, which has in turn positively impacted every aspect of his life; from the new skills he has learnt and the opportunities he has received, to meeting his personal target of raising over £10,000 for charities that sit closely to his heart.

In addition to his affiliation with MIND, which he continues to represent and endorse today, Akeem has used his newfound exposure to continue with his long-standing charitable passion in a variety of other ways. This has seen him participate in extreme challenges and partake in public speaking for several charities, including Macmillan Cancer Support Wales which he is a passionate ambassador for.

Regarding whether we will ever see Akeem on our television screens again, he said: “Do I ever see myself going back on television? Maybe, but that is not my goal.

“My goal is to help others in life now. I’ve found what I want to do and I intend on seeing 2021 as the study period ahead of 2022. Watch this space.”

If, like Akeem, you want to help inspire and help change the lives of others through your own fitness business, start your journey by inquiring about OriGym’s personal training courses today.

For another inspirational read, head over to Ryan's story; the OriGym student who fought cancer and now aspires to help others find strength through personal training.

Graduating from Liverpool John Moores University with a BA (Hons) in Journalism, Annie specialises in mental and physical wellbeing, with a specific interest in nutrition and mindfulness. Her long standing interest in fitness is what brought her to OriGym, and led her to become a qualified Personal Trainer and obtain specialist qualifications in Advanced Sports Nutrition. Annie’s primary professional attraction lies in following and tracking the ever-changing trends in the fitness industry. Beyond OriGym, Annie divides her time between personal writing, her passion for the countryside and mountain walking, and charitable runs.

"by Annie Williams"A cancer diagnosis can be crippling and defeating, often bringing with it a sense of hopelessness and lack of motivatio …

"by Annie Williams"A cancer diagnosis can be crippling and defeating, often bringing with it a sense of hopelessness and lack of motivatio …
This site uses cookies and will place cookies on your device. By continuing to use this website we assume you agree with our use of cookies and our cookie policy.