When it comes to keeping fit and healthy, we all know that staying motivated, exercising regularly and maintaining a balanced diet are the key to success.

Here at OriGym, we specialise in assisting aspiring and experienced personal trainers in reaching their goals. As experts in the health and fitness industry, we analysed every city across the UK to reveal which cities are the fittest - and which ones aren’t!

Whether you’re hitting the gym, biking around, taking a dip in the local pool or are looking for the healthiest restaurant to eat out, every city has something different to offer. But which are the best UK cities to live in for physical fitness? 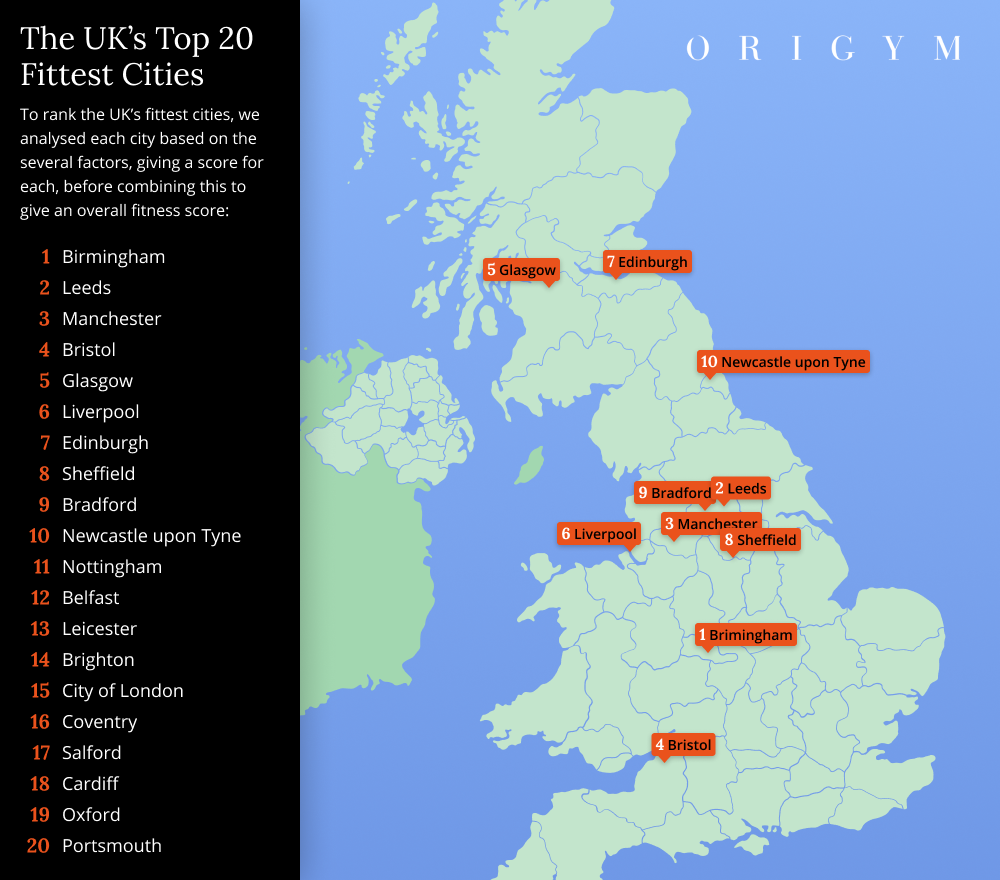 To rank the UK’s fittest cities, we analysed each city based on the following seven factors, giving a score for each, before combining this to give an overall fitness score:

From the most cycle-friendly to the most-proactive city during lockdown, we reveal which cities come out on top form…

Revealed: Birmingham is the fittest city in the UK 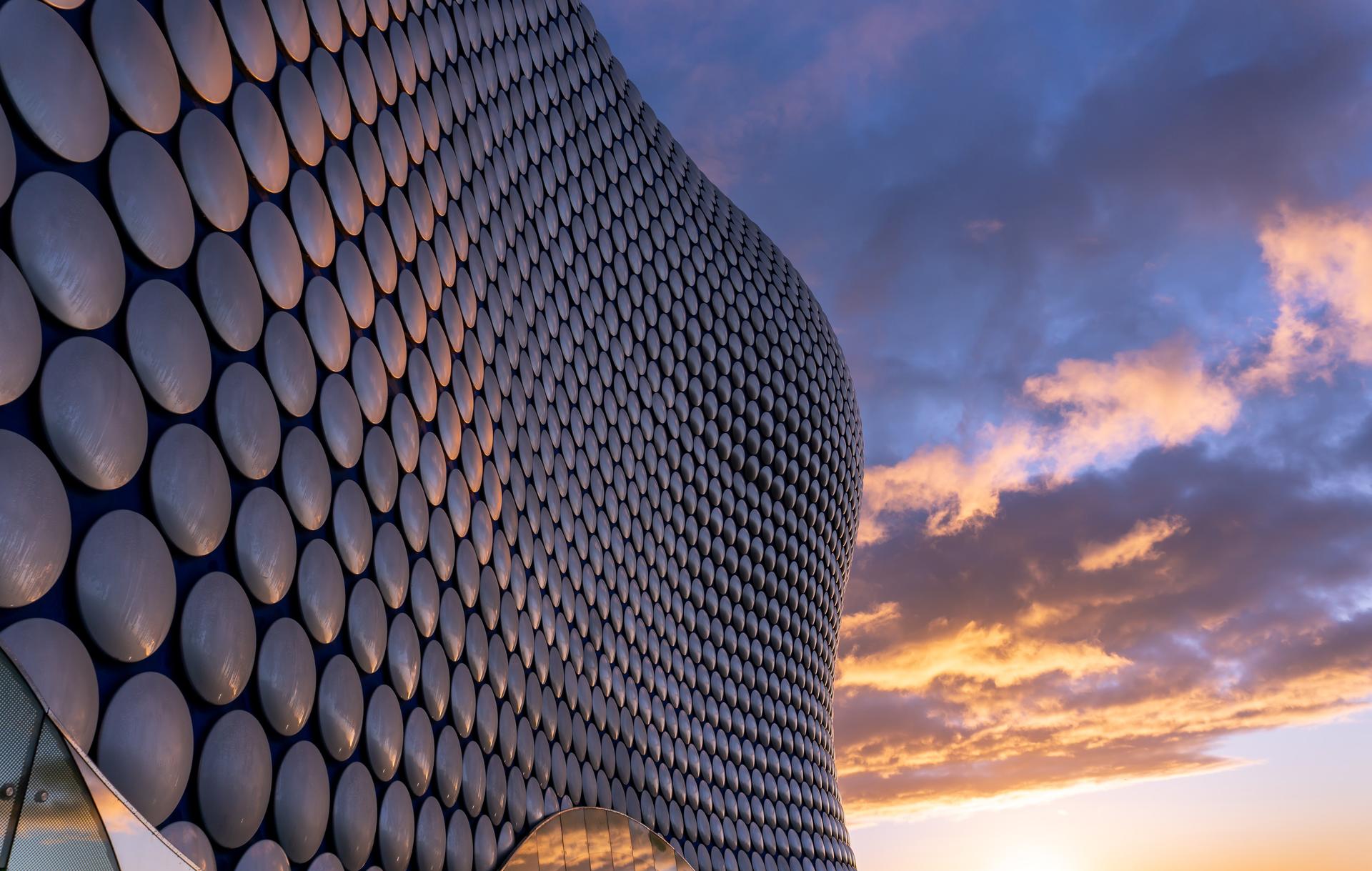 The City of Birmingham: https://unsplash.com/photos/u44HcmdG0Oo

When analysing which cities in the UK are the fittest overall, it’s no surprise that some of the country's largest cities make their way into the top three.

The city of Birmingham came up top with an impressive score of 457. As the second largest city in the UK, Birmingham boasts 182 gyms, 89 swimming pools, 79 tennis courts and 83 cycling clubs!

With a mere four points between them, the city of Leeds comes in second place with an overall score of 453. The Yorkshire city offers 137 gyms, 71 swimming pools, 71 tennis courts and 68 athletics clubs.

Following closely behind is the city of Manchester. Despite offering slightly fewer gyms and swimming pools, Manchester earns an overall score of 440 thanks to it’s 59 healthy eating restaurants and 70 athletics clubs - which is the third highest number of athletics clubs within our research. 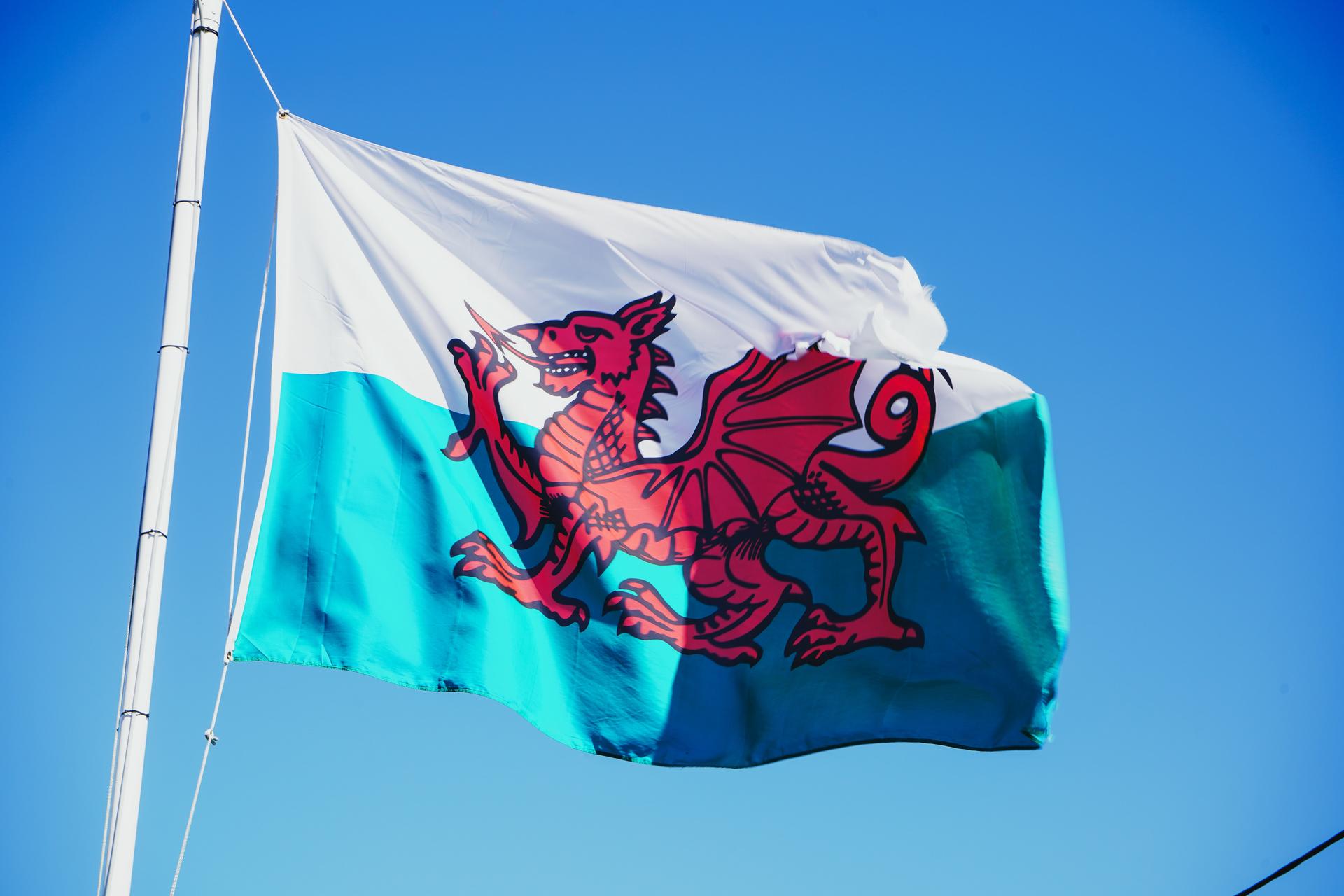 As well as the fittest, this report also revealed the unfittest cities across the UK, highlighting the areas that don’t have an abundance of gyms and healthy food options - and Bangor, Wales comes out on top.

According to our research, Bangor is the UK’s unfittest city with a mere score of 25. Across the city there are just 20 gyms, two swimming pools, one tennis court and only two healthy eating restaurants - which means that maintaining a healthy lifestyle can be restricted.

Bangor is closely followed by Newry and Hereford in second and third place, with 40 and 71 points respectively. The cities of Inverness, Lincoln, Ripon and Chelmsford have all made the top 20 unfittest cities too.

Search Volumes: These cities are the most committed to home workouts

When gyms and fitness studios across the country were forced to close their doors at the start of the pandemic, many people turned to home workouts and daily walks to burn energy and stay in shape.

We wanted to find out where in the UK stayed committed to their fitness goals throughout lockdown, by analysing the number of “home workout” searches.

Taking the top spot again is the city of Birmingham, who racked up an impressive 4680 searches for the term over the last 12 months, resulting in a workout score of 69.

The city of Glasgow comes in second place with 3840 yearly searches and a workout score of 68. And in third place is the City of London with 3240 searches for “home workouts” and a score of 67.

Cambridge is the healthiest city to eat out in 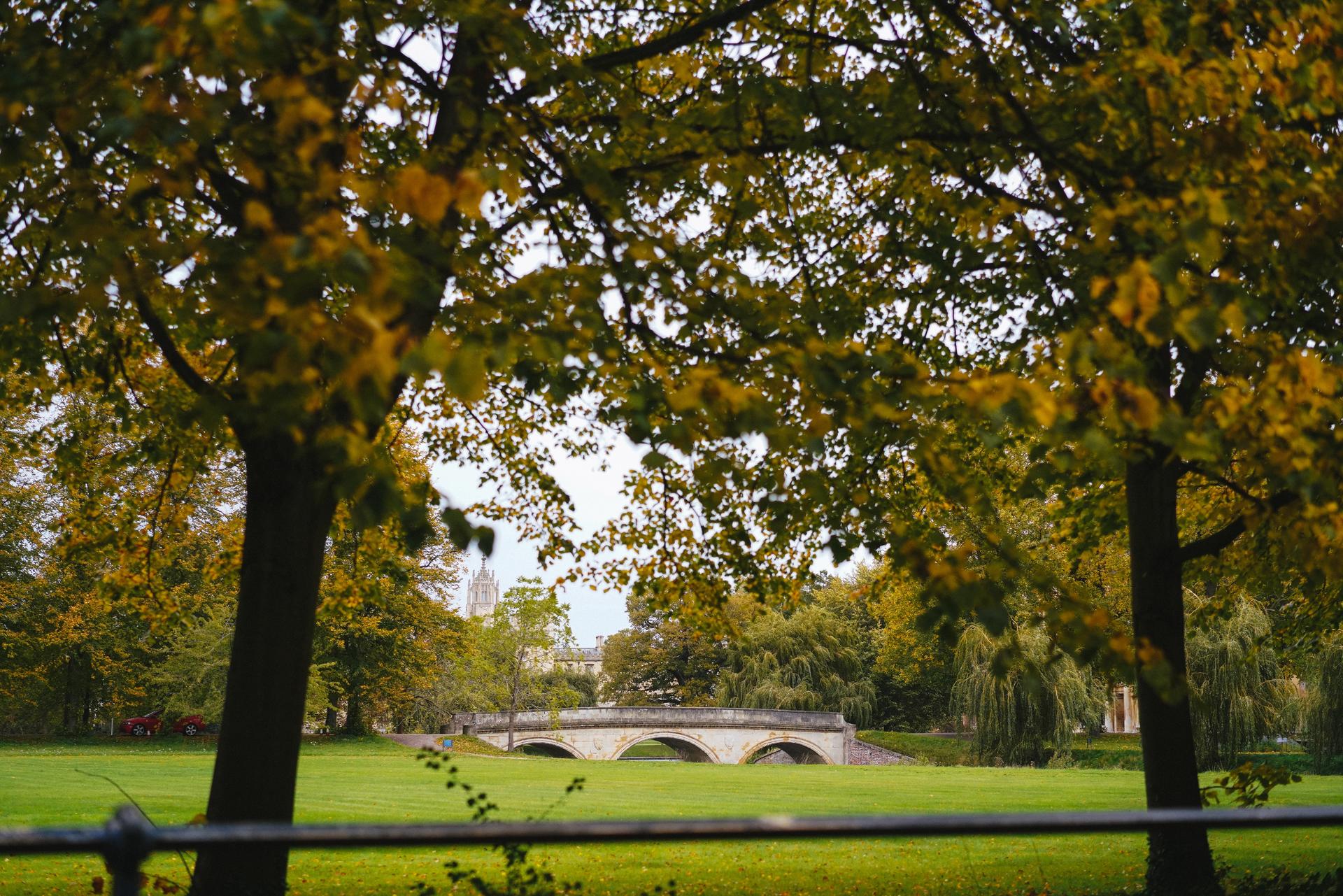 The City of Cambridge - https://unsplash.com/photos/Ml_MmQXkfK4

As healthy eating plays a vital role in our physical health and wellbeing, we sought to find which cities in the UK were the best for healthy eating.

Analysing TripAdvisor for those restaurants which were given a “healthy eating” rating, our data revealed that Cambridge is the best city for eating out whilst eating healthy, with a healthy eating score of 69 and 122 healthy restaurants to choose from.

These cities are the most cycle-friendly 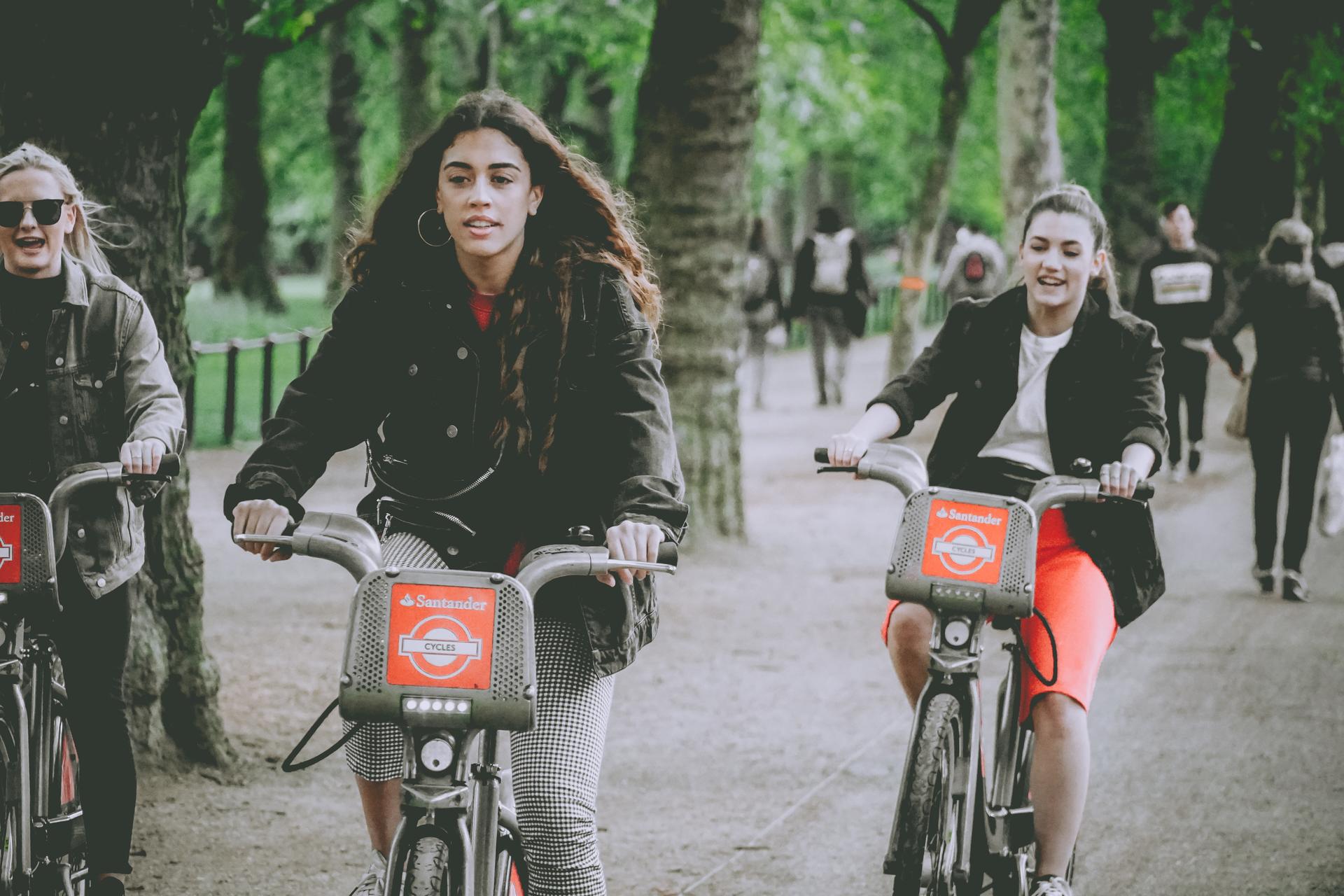 Cycling in the City of London - https://unsplash.com/photos/0ipWO44-org

We know that keeping fit doesn’t always mean hitting the gym, that’s why we analysed the number of cycling clubs within each city to find out which cities are the most cycle-friendly.

Interestingly, the City of London, Birmingham and Westminster all come in joint-first place as each city offers 83 cycling clubs and achieved a cycling club score of 67.

Following closely behind, cities the north-west takes over, with the city of Salford in second. The 77 cycling clubs in Salford, earned the city a cycling club score of 66.

Looking to take your fitness to the next level?

At OriGym, we pride ourselves in being able to provide outstanding personal training qualifications nationwide. Thanks to our excellent range of facilities across the UK, as well as our extensive e-Learning options, you can find the right personal training course for you, wherever you are!

A total of 69 cities were analysed; 51 in England, seven in Scotland, six in Wales, and five in Northern Ireland. A full methodology and a list of sources used in the data can be found below:

The number of gyms, swimming pools and tennis courts (indoor and outdoor) in England were taken from Sport England's Active Places open data. For Scotland, Northern Ireland and Wales, these were pulled from Google Maps.

Search volume for 'home workouts' was sourced from Google Keyword planner to gain monthly search volumes, which was then multiplied by 12 to give us an average yearly search volume.

Healthy restaurants were sourced from TripAdvisor. For each location, we looked at the number of restaurants listed that sat within the 'healthy' cuisine filtering.

Cycling Clubs were sourced from Cycling UK and used a 10 mile radius from the location to generate the number of clubs.

Looking up the components of fitness for an assignment? Or maybe you’re just looking to expand your current training plan…Wha …
Cycling for Weight Loss: 17 Essential Tips

Do you want to start cycling for weight loss, but need some tips before you start? You’re in the right place. Whether you’re a c …
17 Best Home Personal Trainers in the UK (2021)

A home personal trainer is the perfect option for anybody who has a busy schedule, lives in a rural location with no gyms nearby, or somebod …

Looking up the components of fitness for an assignment? Or maybe you’re just looking to expand your current training plan…Wha …
Cycling for Weight Loss: 17 Essential Tips

Do you want to start cycling for weight loss, but need some tips before you start? You’re in the right place. Whether you’re a c …
17 Best Home Personal Trainers in the UK (2021)

A home personal trainer is the perfect option for anybody who has a busy schedule, lives in a rural location with no gyms nearby, or somebod …
This site uses cookies and will place cookies on your device. By continuing to use this website we assume you agree with our use of cookies and our cookie policy.
Enquire Now or Download Prospectus