An increasing number of women in the UK are seeking out fitness, not only as a means to improve their health and challenge stereotypes regarding women’s physical strength, but also as a full-time career.

While recent statistics highlight that the number of women entering a fitness-based profession has increased in the last five years, women have in fact been at the forefront of the health, fitness and wellness community for quite some time now.

Women are more often than not targeted with exercise related products and services; and yet, there has long been a disproportionate lack of representation when it comes to occupying formal roles within the industry, though new findings suggest that this is changing.

A 2021 study conducted by the UK’s leading personal training course provider, OriGym Centre of Excellence, revealed that in the last five years, the UK has seen a 17% increase in women becoming qualified as personal trainers.

For comparison, in 2016, OriGym enrolled a total of 987 students onto level 3 personal training courses, of which just 26% were female. The most recent report highlighting 2020 figures saw 7,018 students sign up to the same course, this time 43% of those were female.

Statistics recorded between this time have shown a year on year increase in the number of female students enrolling into personal training courses, with the ratio gap of men to women consistently minimising.

This new information stands as evidence to suggest that the fitness industry is becoming much more gender inclusive from a professional standard, and by the current trend is forecasted to see an equal split between genders within the next few years.

The distinction between male or female trainers may seem arbitrary given knowledge, experience and skill are not based on gender, and it’s for that reason why having a comparatively fewer number of female personal trainers is concerning and a change has been longed for. 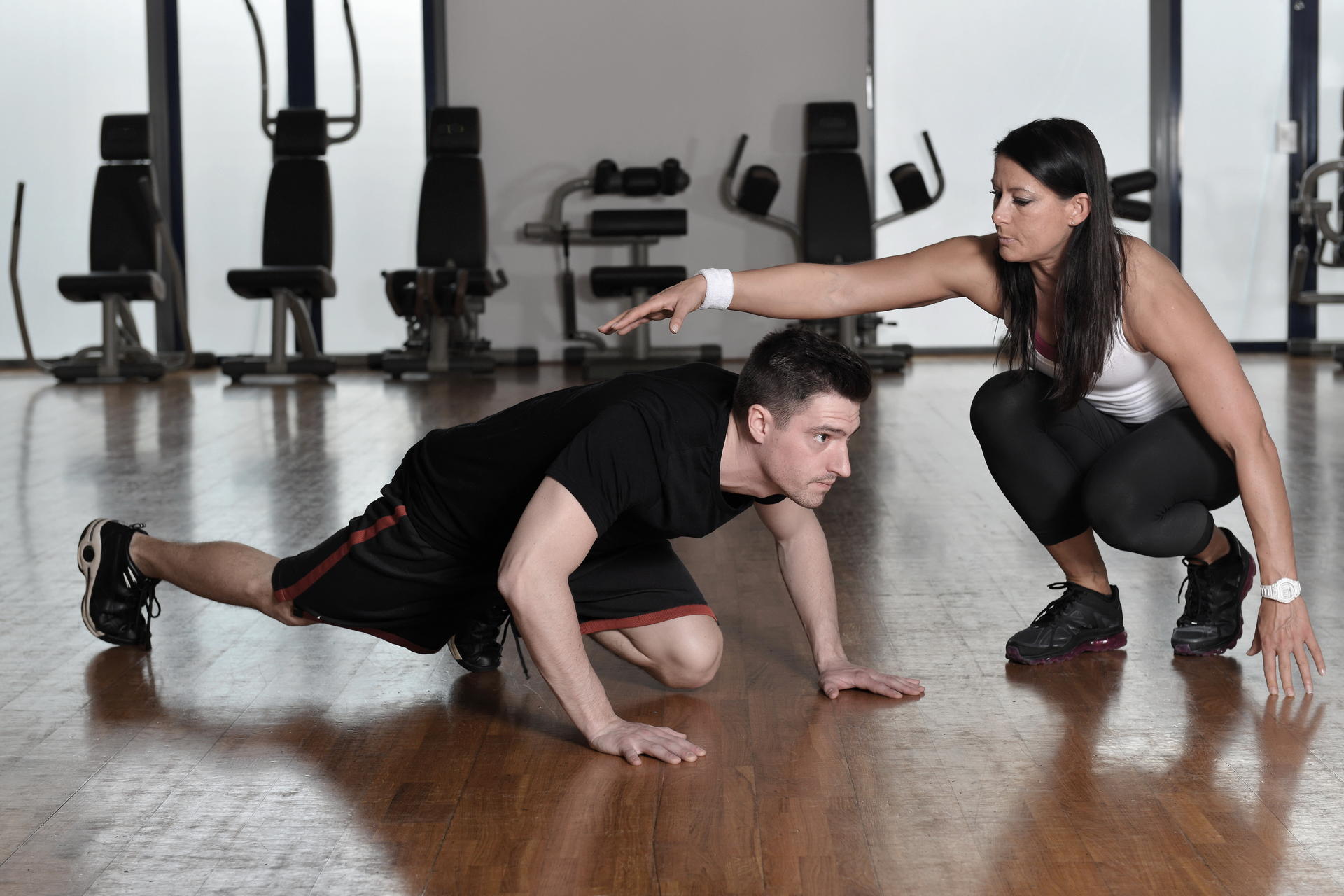 Helena Phil, a personal trainer who has been in the fitness industry for over 25 years, told OriGym:

“Female PTs have definitely risen over the years. I think social media platforms have definitely helped with the rising of female trainers, particularly encouraging other females to up their game and lead a healthy lifestyle.

“[The rise] definitely has had a huge impact with empowering women to be more body confident and to lead as role models to their children.”

Adding to why this increase offers great benefits to the industry, Phil said: “Some women get intimidated by a male trainer, not feeling their needs being met. A female trainer is also ideal for Muslim ladies and those of other religions too who would opt for a women over a male trainer.”

Alongside personal training, there have been a number of initiatives developed in the last few years to encourage more women to take up exercising and become more involved in the health and wellness industry.

In 2015, Sport England found that there were a total of two million fewer women participating in sport than men, with the main protagonist being “fear of being judged” as opposed to desire to participate. In a bid to combat this gender gap and inspire more women to become physically active, the initiative “This Girl Can” was launched by Sport England, which gained massive traction and publicity.

It was the first of its kind to feature women of all shapes, sizes and sporting abilities in their television advertisements and visual campaigns.

To date the campaign has helped an estimated 2.8m women get more involved in exercise, 1.6m of which began exercising for the first time, and the remaining 1.2m increased their existing exercise involvement.

The effects of initiatives and campaigns such as these could be one of the major catalysts as to why more women are not just increasing sporting and physical activity, but taking it up as their career.

Tara Dillion, CEO of CIMSPA (the professional development body for the UK’s sport and physical activity sector), supported the 2015 movement and believes it is necessary to have more initiatives that engage more women in the fitness sector, from both a professional and leisure perspective.

She said: "It's fantastic to see more women choosing personal training as a career. It's also not surprising, because thanks to the professionalism of all of our members, fitness and physical activity is increasingly becoming recognised as a profession that offers brilliant career development and longevity.

"With successful campaigns like Sport England’s #ThisGirlCan getting more and more women interested in fitness, there is a growing need for qualified female instructors who understand the specifics of women’s training needs and I can only see that continuing as we emerge from the shadow of Covid-19."

While the available statistics demonstrate that the female personal training market has unquestionably increased, some women in the industry have found the increase to be surprising, mostly due to the fact that they don’t believe there was ever a gender gap to begin with.

Alison Stockton, founder of Vibrant Balanced Health, has been active in the health, fitness and wellness industry for over two decades and since establishing herself all over the globe claims to have never encountered a male dominated fitness environment.

She told OrGym: “I began my career as a group fitness coach 20 years ago and I never experienced a higher percentage of male trainers over females. During my time as a personal trainer, I created a business in the channel islands, UK, Isle of Man, Dubai and Switzerland and the percentage was always balanced.

“I think perhaps the reason for the increase over the last 18 months will have a lot to do with the pandemic; women choosing a different career path, something that they have seen a gap in their area, and also it often spans from their own love of feeling healthier and working out and wanting to inspire other women to accomplish the same.

“For me, during my 25 years as a Personal Trainer, there was never a feeling that I  had fewer clients than my male counterparts, and the fact that I always had a 50/50 split male/female was proof that during my time the industry wasn't dominated by male PTS.”

However, these findings are not unusual to available statistics. 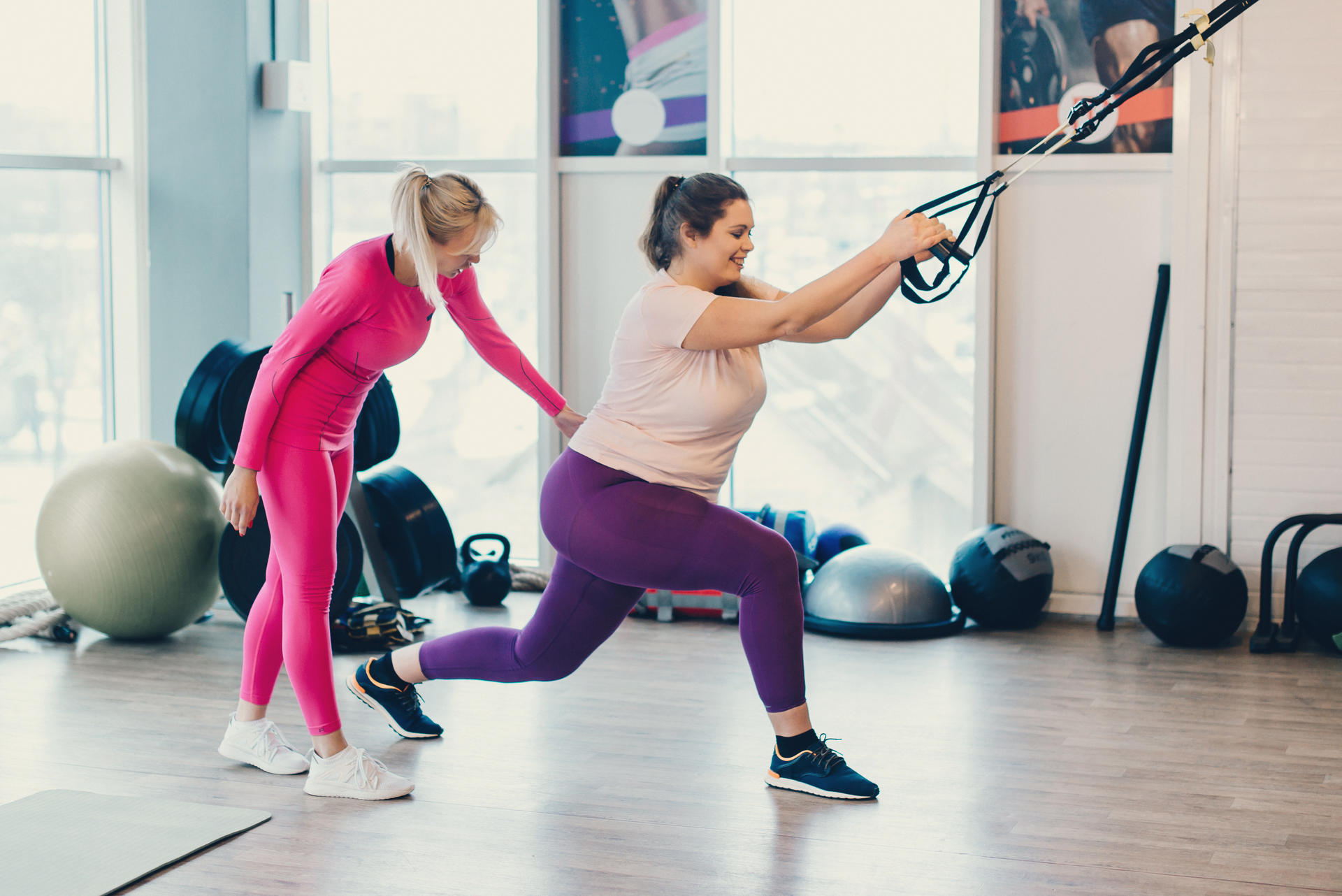 Between 2017 and 2019, figures recorded from OriGym found the percentage of females to men to enrol onto personal training courses remained at the lower end of the 30s, only just reaching 35% in 2019 before surging into the 40% margin last year.

In 2020 the American internet service for tracking human exercise, Strava, noted that the growth in women’s activity last year led to a global fitness boom that far surpassed the company’s projections based on historical trends.

The app, which has over nine million UK users (approximately 13% of the nation’s population), reported that the increase was particularly notable in Britain. Brits showed a 108% rise in the median number of activities by women in the 18-29 age group, and rises of between 52% and 65% in other age categories.

Of course, the pandemic played a predominant role in these statistics, with more people having an unforeseen amount of free time as a result of furlough or eliminated commuting periods, however the explanation for the gender boom has no concrete reasoning, rather more women simply felt more confident and safe to engage in exercise.

One of the major reasons levelled at why previously more women were not participating in sport was due to the low number of female sporting role models and lack of media exposure by both print and broadcast of female sporting events, with an average of just 4% coverage across major broadcasters by contrast to male sports.

This percentage has been persistent year on year, with the average rarely touching over 10% despite fluctuations seen during notable moments such as the Olympics and the World Cup. However, with the rising popularity of globally famous female athletes, such as Sereena Williams, Ronda Rousey and Maria Sharapova who dedicate their platforms to share messages of body positive and owning their strong physiques, there has been an influx of women across the world making the decision to improve their strength, fitness and flexibility in gym environments, alongside embracing strong builds and turning their passion into careers.

As the percentage of female personal trainers in the UK continues to increase and the dated stigma that lifting weights is restricted to male abilities diminishes, gender inclusivity in the fitness industry has never looked more promising.

If you are a woman interested in contributing to the change, or simply someone with a passion for changing the lives of others, then contact OriGym Centre of Excellence to enquire about the Personal Training courses. We have CIMSPA accredited course options, all available at one of the most affordable rates in the nation.

Fancy learning more about becoming a Personal Trainer?  Book a call with one of our career advisors on 0800 002 9599, who will take you through the options and answer any questions you have or download our free course prospectus to find a course that best suits you.

Download Our "Day in the Life of a Personal Trainer" Guide

Graduating from Liverpool John Moores University with a BA (Hons) in Journalism, Annie specialises in mental and physical wellbeing, with a specific interest in nutrition and mindfulness. Her long standing interest in fitness is what brought her to OriGym, and led her to become a qualified Personal Trainer and obtain specialist qualifications in Advanced Sports Nutrition. Annie’s primary professional attraction lies in following and tracking the ever-changing trends in the fitness industry. Beyond OriGym, Annie divides her time between personal writing, her passion for the countryside and mountain walking, and charitable runs.