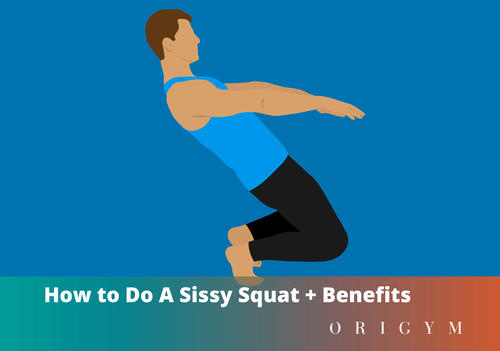 For the same reason you wouldn’t judge a book by its cover (we hope), you shouldn’t judge Sissy Squats by their name – there’s nothing Sissy about them!

The traditional squat is the holy grail of lower-body exercises. They do wonders for your quads, adductors, calves, and glutes. Squats are awesome because they tone and build these muscles in your lower body and strengthen your core muscles too.

Squats are admired for their ability to work several muscles equally and effectively. But what do you do when the regular squat isn’t working your quads quite as much as you’d like? You find out how to do a Sissy Squat!

Check out this article for our how-to videos which will show you exactly how to do a Sissy Squat and variations.

Are you interested in a career in fitness? Go check out our PT Diploma first!

We know what you’re thinking – why would you choose a Sissy Squat over the ultimate quad-isolating exercise that is the leg extension? Here’s why! 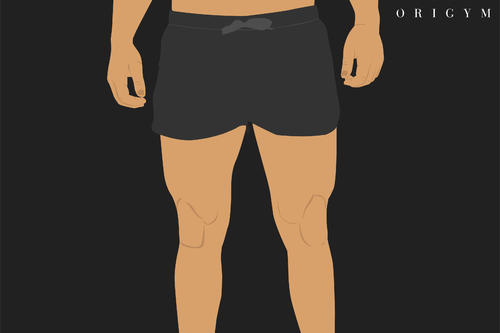 We can forgive you for thinking that the leg extension machine is the best exercise for strengthening your quads, but we prefer Sissy Squats.

Extensions are really effective for building the strength and size of your quad muscles as they are one of very few, if not the only, leg exercises which completely isolate the quads.

But, by isolating the quads, the move puts a lot of pressure on the knee joint because the hamstring muscles, which usually support knee flexion, are not active.

If you don’t have an existing knee injury, you can minimise this pressure on the joint by doing the move with low weight and higher reps. Nonetheless, this doesn’t mean that the move isn’t damaging your knee in the long run, which should have you questioning – is it really worth it?

When it comes to exercises which emphasise quad development, Sissy Squats are definitely one to rival the controversial leg extender machine.

The Sissy Squat increases the function of the quads more than regular squats by reducing the role of the glutes and the hamstrings, but, they don’t completely isolate the quad muscles like extensions.

According to the findings of a scientific study published in the Journal of Strength and Conditioning, the leg extender machine is ineffective in activating the Rectus Femoris (the big muscle in the middle of the quads). 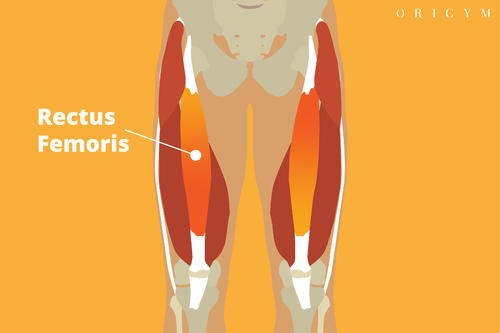 Unlike the rest of the quad muscles, the Rectus Femoris is also responsible for hip flexion and anterior pelvic tilt. These extra functions are not trained on the leg extender, but they’re more involved in the movement of the Sissy Squat.

Sissy Squats are also the more accessible exercise out of the two as the movement is equally as effective without a machine. On the other hand, you’d need to head down to the gym to really see results from extensions.

So, not only are Sissy Squats safer than the Quad-isolating leg extender, they also have a few added benefits – what’s not to like?!

What is a Sissy Squat? 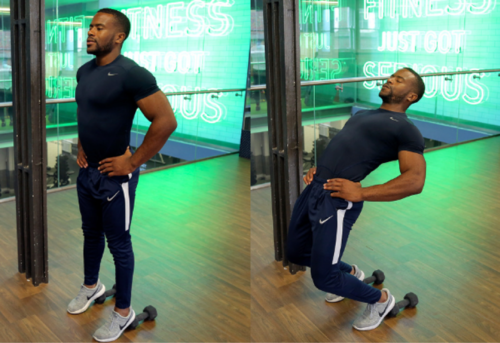 It’s the ultimate quad-focused squat variation! They are perfect for developing strong quads whilst doing a little work for your core stability and balance, too.

Named after King Sisyphus, the Sissy Squat made its first appearance in a legend of Greek Mythology 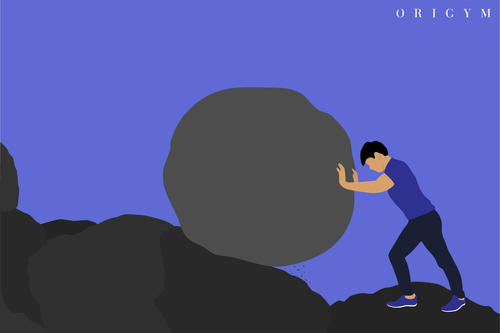 Why are we telling you this? Because you should see his quads! In ancient Greek and modern art, Sisyphus is showed with bulging thigh muscles.

If you want your quads to look like they’ve been sculpted by gods, Greek gods at that, SissySquatsare the exercise that you need to try.

We can’t stress enough that a Sissy Squat is not easy – stop being fooled by the name!

The move relies on the quads to do pretty much all of the work, so if you’re not already doing regular squats, lunges or any other quad-strengthening moves, it’s best to start with these first.

If you think you’re up to the challenge and you want to see some major quad development, check out our how to do a Sissy Squat tutorial video and step-by-step guide.

How to Do A Sissy Squat

Grab a block or a step that’s around 3 inches high (pretty much anything that can hold your weight and won’t move whilst you’re performing the exercise is fine, a dumbbell or a weighted plate would work). This will help you to keep your ankles raised throughout the movement.

Don't Over Do It 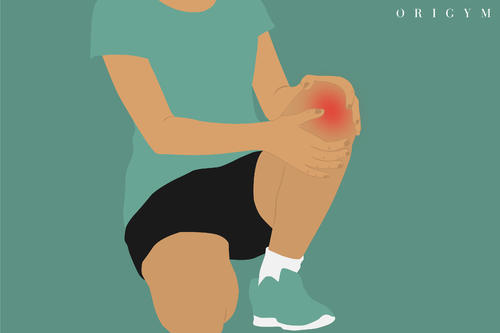 This exercise is quite tricky and trains the knee extension movement, so it is best to keep the resistance low. We recommend that everyone starts with a bodyweight version. If you want to turn up the resistance, we’ll reveal how to do the weighted Sissy Squat variation shortly.

And this might go without saying, but if you have an existing knee injury, or you feel any kind of pain in your knee joint during the movement, skip this exercise.

Straightening Your Knees at The Top of The Move

During a set of Sissy Squats, be sure to avoid locking your legs at the top of the move. Keep a slight bend in your knee. This will spare you from injuring your joints and ensure that your muscles stay engaged throughout the set. 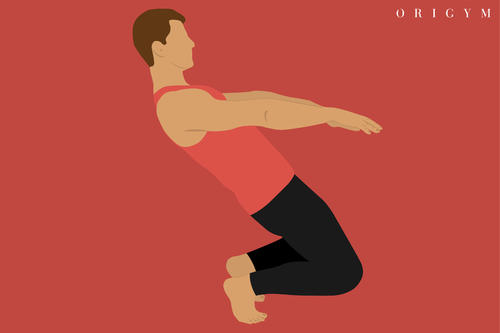 It’s really important that you maintain the straight line of your body from your knees to your neck from the starting position, throughout the entire execution of the exercise. Keeping this form will ensure that the move works your quads.

If you let your hips bend, you will be training a hip extension. This will shift the focus of the move from your quads and put more of the load onto your posterior-chain muscles instead.

Bracing your core during this movement will help you to keep your body in the correct position. Working on your core strength and stability during a SissySquatwill also improve your balance, which will make it easier for you to hold and execute the move.

Sissy Squats have huge benefits for your Quads. Holding your body in a straight-line reduces the role of the posterior chain muscles. 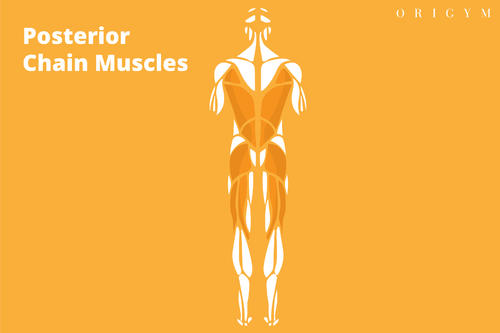 The posterior chain refers to the group of the muscles which are on the backside of your body. These include the glutes, hamstrings, calves and the lower back muscles.

This means that you’ll really feel the burn in the front of your thighs from this exercise, but it will all be worth it! 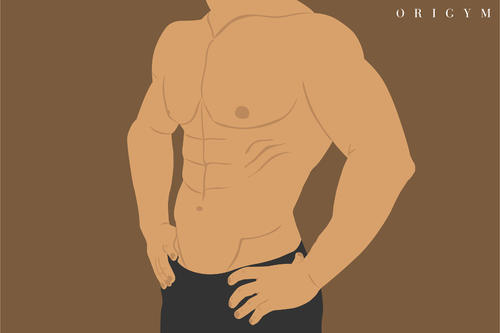 As well as the obvious benefits for your quads, there are Sissy Squat benefits for developing strength in your core too.

The reduced role of the posterior chain muscles means that the core muscles have to work to keep your body in the straight-line position.

The movement also incorporates your core muscles for stabilisation and balance as you push yourself back up from the squat.

The Move Can Be Adapted to Suit Your Level

Because it requires sufficient quad and core strength in order to hold the position and execute the movement correctly, Sissy Squats can be quite difficult to get the hang of it first.

Fortunately, one of the key sissy squat benefits is that the exercise can be adapted to make the move easier (or more difficult) depending on the strength of your quads and your core muscles.

Keep reading because we’re about to explain how to do some easier variations of the move before we get onto how you can add more resistance to get the ultimate quad-killing results.

If you think you’ll struggle to maintain your balance during this move, you’re best starting off by trying an Assisted Sissy Squat– here’s how.

As well as a raised block, you’ll also need something to hold on to for this variation. If you’re at the gym, find the squat rack so that you can hold on to the beam. If you prefer to exercise from home, anything that is sturdy – like a table – will work.

Another way to overcome poor balance is to try doing the movement on a Sissy Squat machine. It’s really is more a piece of equipment than a machine, so we prefer to call it a Sissy Squat Bench.

The bench is designed to secure the feet and the ankles during the movement which helps you to keep your balance and will stop you from worrying that you’ll fall backwards!

If your gym doesn’t have a Sissy Squat bench, you can always try the variations above. But, if you’re a little apprehensive, there are tons of reasonably priced options available on Amazon.

We recommend this one from Mirafit. It’s a really good quality piece of kit with some great reviews. If you check out their YouTube channel, they show you exactly how to use it!

Ok, so you can handle the regular, bodyweight, Sissy Squat? Time to add some more resistance!

Again, you’ll need a block or a step to make sure that your heels stay elevated throughout the movement. Or you can do this on a Sissy Squat machine.

You’ll also need some weight! A weight plate or a dumbbell are ideal.

Are you a fan of the Sissy Squat? We hope you are by the end of this article...

Interested in becoming a Personal Trainer? Go check out our Level 3 Personal Training course here, or download our latest prospectus to find out what you could be learning!

Holding an MA Marketing Communications and Branding as well as a BSc Psychology from the University of Liverpool, Abbie’s experience encompasses the retail, hospitality and fitness industries. Since joining OriGym, she has become a qualified Personal Trainer and gone on to complete a specialist qualification in advanced Sports Nutrition. Abbie’s main focuses cover staying up to speed with YouTube fitness influencers, identifying successful and innovative content formats. She has contributed to various publications, including the Daily Express. Beyond OriGym, she describes herself as a ‘work-hard, play-hard’ type going on scenic runs and upbeat exercise classes, and often found on the front row of a Saturday morning spin class.

What is the hack squat? The hack squat is the killer quad exercise missing from your leg day routine. It’s performed on an exercise …
How To Become A Personal Trainer: The Essential 5 Step Plan To A Successful Fitness Career

Today I’m going to show you exactly how to become a personal trainer (UK). What’s more, I’ll be walking you through how …
13 Best Calf Exercises for Bigger Calves

If you’re here looking for the best calf exercises because you’re struggling to build bigger calves, you aren’t alone. T …

What is the hack squat? The hack squat is the killer quad exercise missing from your leg day routine. It’s performed on an exercise …
How To Become A Personal Trainer: The Essential 5 Step Plan To A Successful Fitness Career

Today I’m going to show you exactly how to become a personal trainer (UK). What’s more, I’ll be walking you through how …
13 Best Calf Exercises for Bigger Calves