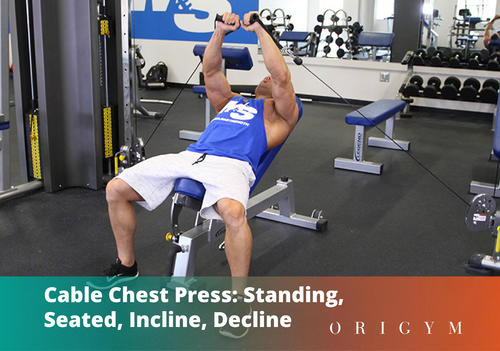 The cable chest press is a great alternative exercise to the bench press or cable crossover and is very easy to implement into your next workout.

In this article we will show you how to do the cable chest press and variations including:

But first, if you have a strong passion for fitness, enquire about our REPs accredited PT course below or our Internationally recognised nutrition course here.

Follow your passion for fitness and enquire to start a career in soemthing you truly care about.

Set Up: For this exercise you can either use a cable chest press machine or the cable crossover, they both adhere to the same functionality. Set-up the pulleys so that the stirrups (handles) are at hip to chest height. 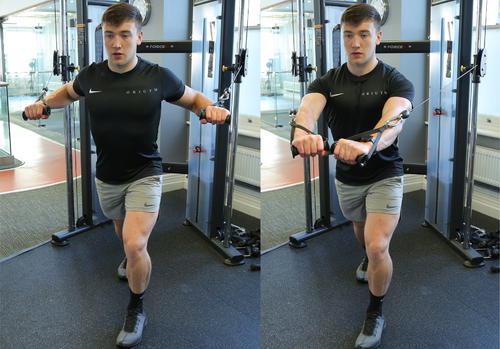 Common mistakes with the standing cable chest press to avoid:

The cable single-arm chest press is a recommended movement for isolating the chest, especially for muscular imbalances, postural improvement, increased range of motion (ROM) and getting the core more involved in the execution of the movement.

Using the cable crossover machine or if your gym has a cable chest press, set the pulleys on both sides to hip to chest height. 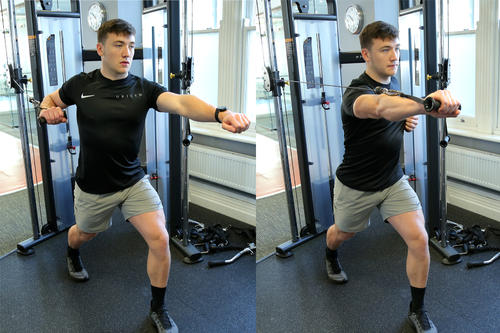 The cable chest press can be performed in a seated position.

Set Up: For the seated cable chest press you can either harness the cable crossover or cable chest press machine, depending on what is available to you in your gym. Position a bench in between the two pulleys with the handles about roughly chest height. 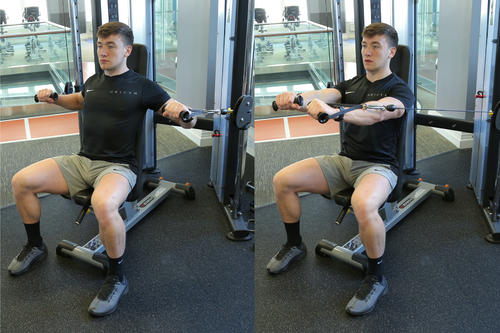 Secondary Muscles: Anterior Deltoid (front of the shoulder, Triceps brachii (back of the arm)

Mistakes to avoid with the seated cable chest press:

Set Up: With the incline cable press, place a bench in the middle of two low pulleys at a 45 degree angle with the pulleys at the bottom of the cable crossover station. Ensure the bench is positioned so that when you grab the handles the resistance is in line with your chest. 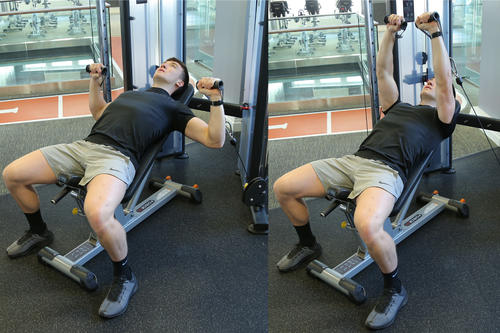 Secondary Muscle: Triceps brachii (back of the arms), Anterior Deltoid (front of the shoulder)

The dumbbell cable press for chest has many variations, which you can see below, and is an underused commodity for most gym goers. It is very useful if you do not have a spotter when performing the standard dumbbell press as it provides more resistance throughout the whole movement and is easier to control and execute safely. 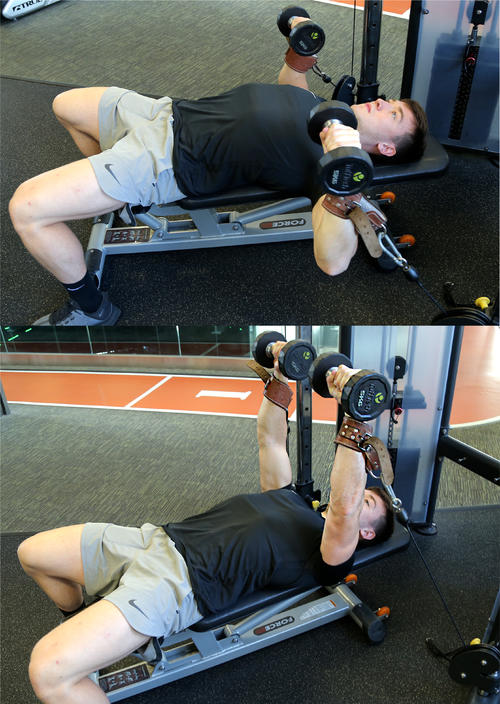 Secondary Muscle: Triceps brachii (back of the arms), Anterior Deltoid (front of the shoulder)

You can also repeat the movement for both decline and incline chest press single armed or with dumbbells.

The standing decline cable press follows the same pattern as the normal cable chest press, but this will target more of the lower pectoralis major head.

Starting Position: Position the cable stirrups at the highest point or if you’re small, slightly lower down. 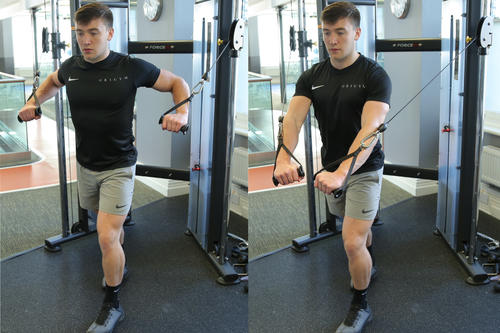 Set Up: Place the bench in the middle of the cable machine and pulleys placed on the lowest point on each side. Put the bench at a 30-degree decline angle.

Set Up – Place a bench in between the chest press or cable crossover machine with a bench placed in the middle in an upright position. Set the stirrups to be around chest height on either side. 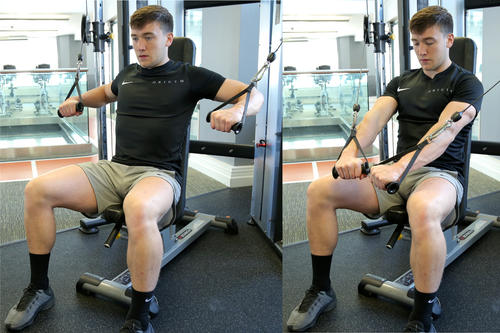 Secondary Muscle: Anterior Deltoid (front of the shoulder, Triceps brachii (back of the arm)

That’s all the variations to the cable chest press. Compliment and mix up your chest routine with these movements to round your workouts and give you some diversity.

Take a look at our CIMSPA approved gym instructing courses or our Level 3 PT qualifications and start a career you truly care about.

Or, download our FREE prospectus here to get a taste of what you could be learning!

Follow your passion for fitness and enquire to start a career in soemthing you truly care about.